Waiting for a King

The Advent Season is a season of waiting, and we wait in Advent as we wait in the culture for the coming of Christmas.  Each of these is intertwined.  Christians count the days of Advent for the revelation of Jesus to happen in hearts and homes once again.  People in their homes and out in the cities count the days until Christmas Eve so that Santa Claus will come once again and bring them what they have desired to receive.  The two seasons run concurrently because we are Christians who live in the culture we inhabit and we cannot escape this.  It is part of life that cannot be changed because it has been part of it for such a long time.

Waiting for the Messiah to come was part of Jewish tradition also.  The Prophets spoke of one who would come who would set things right.  Life would be changed in such an extraordinary way that even nature would respond so that the animals lived together in peace even as human beings learned to get along also.  This week's reading from Isaiah 11 describes the one for whom Israel was waiting.  He would be wise and strong and be able to help others to see the way they should live by his words and actions.  All the nations would come to him and seek his advice.  People would see him as the glorious embodiment of God.

Isaiah and the other prophets wrote of the one to come but he never came in their lifetimes.  Hundreds of years passed and the people of Israel lived in their land that was occupied and ruled by a foreign power, the Romans.  People still waiting for the Messiah to come but this time their idea of what a Messiah would be like was based on their yearning to be free from the domination of Rome.  They wanted a king who would conquer the Romans and make them a world class power.

John the Baptist became the last prophet to speak of the coming Messiah.  He stood on the banks of the Jordan River and cried out for people to repent and get ready for the coming of the Messiah.  John told those who would listen that the one he was talking about was powerful and would baptize them with the Holy Spirit and fire.  He would do remarkable things that reminded them of the image of the Messiah the earlier prophets had spoken of.  The Messiah that Christians embrace, the man Jesus, was not the powerful ruler the Jews wanted.  He was the gentle teacher that wanted to change them from inside out.  So, John had spoken correctly of the coming Messiah.  He would be the one who would bring change through the repentance that John preached.

It is now the year 2016.  We are still waiting for a Messiah to come and set things right.  The world is still in a huge mess where powers are in competition to see who can be the most powerful and rule the most people in the most demonstrative way.  Nations rail against nations and threaten to destroy us all by unleashing powers that we cannot comprehend or describe.  We need a savior, a Messiah, a shepherd to lead us and bring us into the way of right living.  We all need that one....when will he come?

Or perhaps he has come already....and we refuse to give him the reins to our hearts, wanting instead to be in charge of our own lives instead of submitting to his control.  Will the world be ready when he comes to stay?  Waiting for a king....will this be the day?
Posted by Pastor Jerry at 8:39 AM 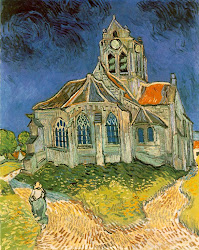